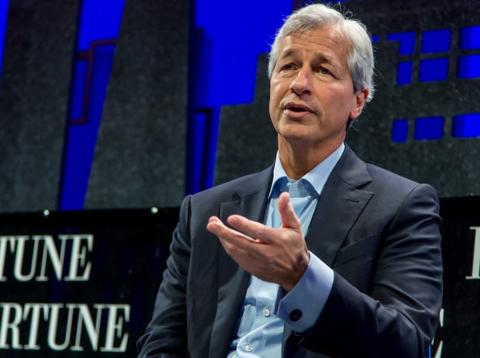 At a meeting with President Binden and other CEOs last week, JP Morgan Chase CEO Jamie Dimon predicted a global catastrophe if the debt ceiling is not raised.

Dimon was echoing the words—nearly verbatim—of Biden’s Treasury secretary Janet Yellen in using the most extreme language possible, with words such as “complete catastrophe.” Dimon also repeated Yellen’s lie that the US has never defaulted, claiming a default “would be unprecedented.” Dimon then went on to demand that the debt ceiling be abolished altogether so that the US government would no longer be encumbered by inconvenient impediments to endless amounts of federal debt and spending.

This sort of thing, of course, is precisely what we’ve come to expect from billionaires and other captains of the financial sector who have made a living out of turning inflationary monetary policy into big profits for themselves and their fellow corporate cronies.