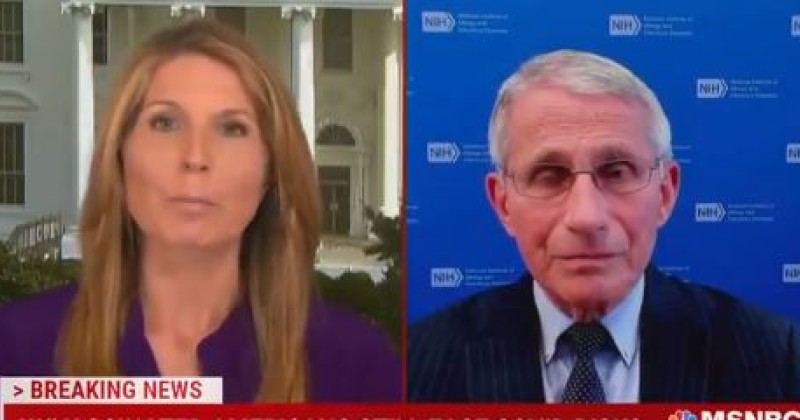 Despite the fact that the emails reflect terribly on Fauci, Nicole Wallace used the first interview with Fauci since the scandal broke to obsequiously genuflect over his behavior.

“I wonder if you feel like you’re still making up some of that lost ground from many months under the last administration from not just no information but disinformation out there,” said Wallace.