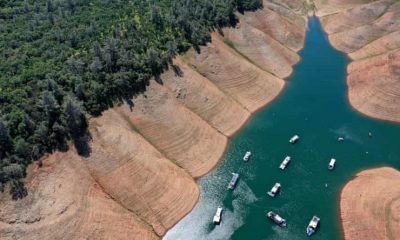 In recent months a crisis situation in the USA food supply has been growing and is about to assume alarming dimensions that could become catastrophic.
Atop the existing corona pandemic lockdowns and unemployment, a looming agriculture crisis as well could tip inflation measures to cause a financial crisis as interest rates rise.
.
The ingredients are many, but central is asevere drought in key growing states of the Dakotas and Southwest, including agriculture-intensive California. So far Washington has done disturbingly little to address the crisis and California Water Board officials have been making the crisis far worse by draining the state water reservoirs…into the ocean.

So far the worst hit farm state is North Dakota which grows most of the nation’s Red Spring Wheat. In the Upper Midwest, the Northern Plains states and the Prairie provinces of Canada winter brought far too little snow following a 2020 exceedingly dry summer. The result is drought from Manitoba Canada to the Northern USA Plains States. This hits farmers in the region just four years after a flash drought in 2017 arrived without early warning and devastated the US Northern Great Plains region comprising Montana, North Dakota, South Dakota, and the adjacent Canadian Prairies.