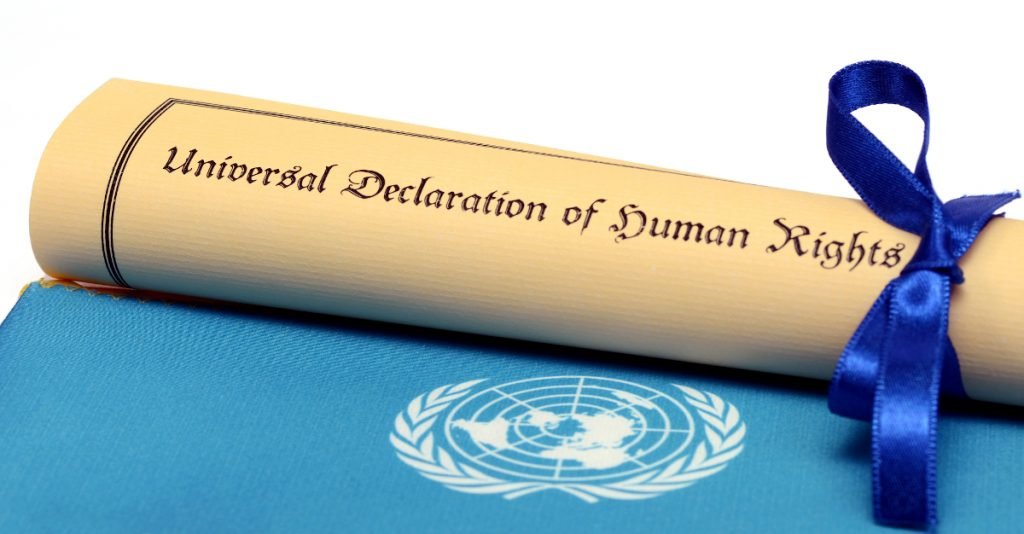 On December 10, 1948, in the aftermath of World War II, the newly formed United Nations wanted to make a bold statement to counter all the atrocities the world had just witnessed.

The previous decade had been almost nonstop genocide and devastation brought on by a Nazi doctrine of intolerance.

And so the UN drafted a first-ever Universal Declaration of Human Rights in an effort to set a new tone for the future.

In the very first article, for example, the document states:

“All human beings are born free and equal in dignity and rights… without distinction of any kind, such as race, colour, sex, language, religion, political or other opinion, national or social origin, property, birth or other status.”