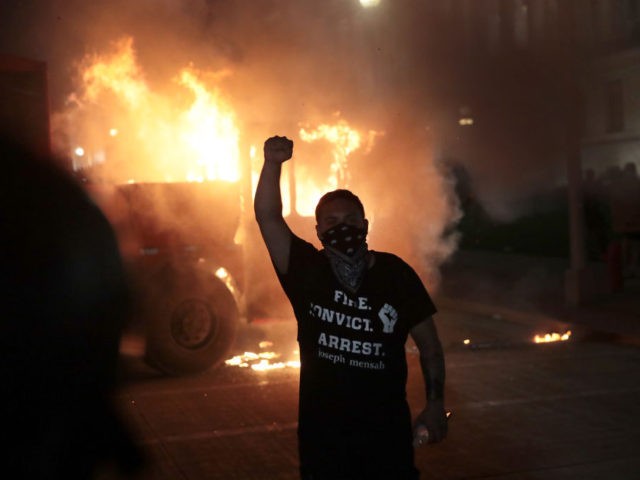 The poll asked, “How much do you feel it is justified for people to use violence to pursue their political goals?”

Here is the breakdown of those who said violence is “not at all” justified: