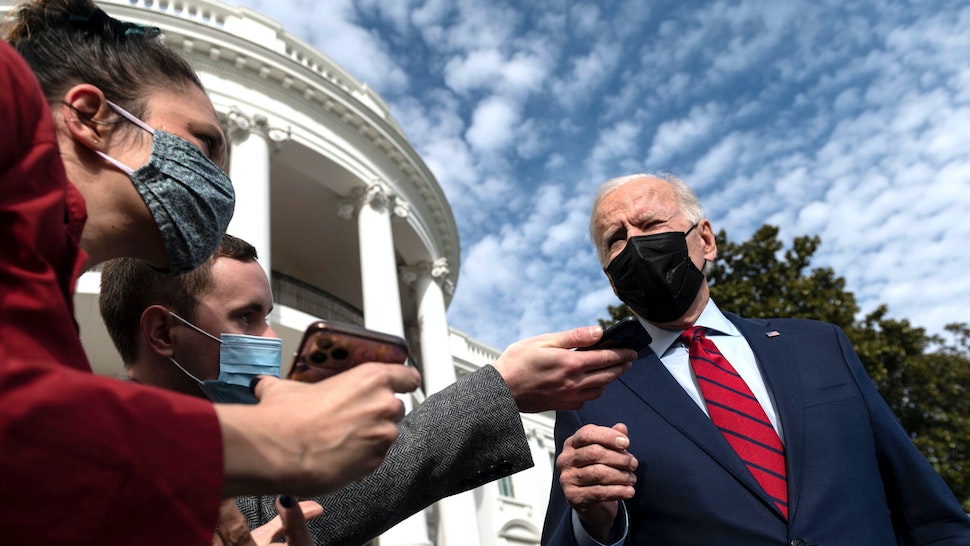 An aide for President Joe Biden shouted over reporters who were trying to ask the president questions on Tuesday as the president visited a local hardware store in Washington, D.C., which comes a day after the president appeared to forget the name of Secretary of Defense Lloyd Austin.

The Washington Post reported that Biden visited “W.S. Jenks & Son, a hardware store in Washington that the White House said received a loan after Biden announced a change in rules last month to prioritize ‘mom-and-pop’ businesses with 20 or fewer employees.”

After Biden’s visit to the store, which lasted several minutes, reporters tried to ask the president questions, at which point someone started shouting over them that it was time to go and they needed to move out, thus blocking the reporters from asking Biden questions. One reporter was trying to ask Biden a question about his “crisis at the border.”