[Ed. Note: Yeah. let’s be frank here… If Michael Moore died tomorrow, I’d be the first one to make a comment that he was so full of shit that we ought to give his corpse an enema, and bury what’s left over in a matchbox. The left doesn’t have a monopoly on being rude to dead people.] 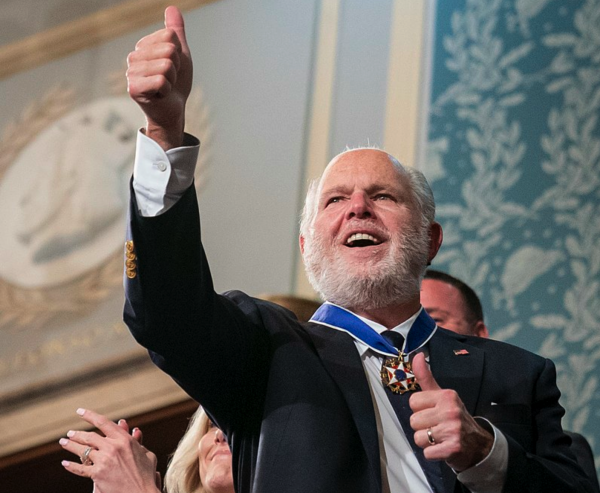 I know that most Americans don’t understand much about etiquette these days, but I still expected better than this. When someone passes away, it is customary to say positive things about the deceased. If you can’t find anything positive to say, then you should say nothing at all. At one time, it would have been considered to be extremely rude to make bitter and nasty comments about someone that has just died, but in America today people just do whatever they feel like doing. Proper etiquette is a thing of the past, and at this point we have essentially become a nation of degenerate “pig people” that have no respect for anyone or anything.

The first time I ever encountered Rush Limbaugh was when my father started listening to him all the way back in the 1980s. Rush was a lot more brash and cocky back then, but the one constant throughout the years was his deep, abiding love for America. He truly loved the United States, our founders, our Constitution and everything that this country was supposed to represent. He was constantly pushing us to live up to our ideals, and he was not afraid to call out politicians in both parties that he felt were betraying our values.