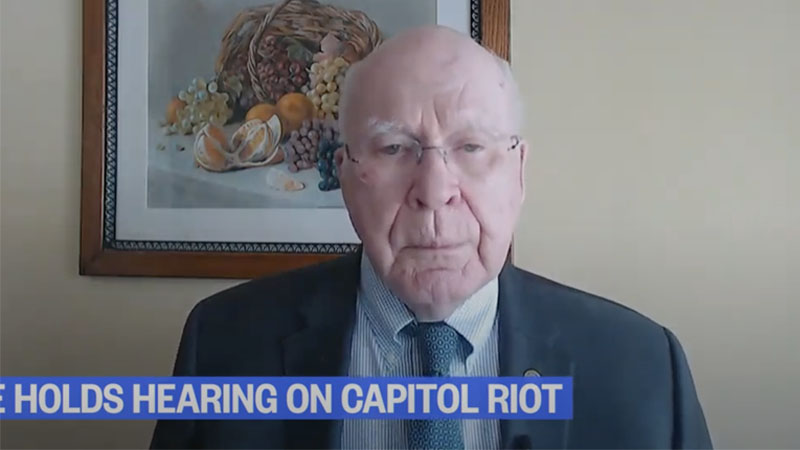 Democrat Senator Patrick Leahy (Vt.) let slip a startling revelation during a Congressional hearing over the Capitol riot: the military occupation of Washington D.C. will continue until Democrats can “root out the hate” — a leftist euphemism for curtailing the First and Second Amendments.

During the Senate Homeland Security and Rules Committee on Tuesday, Leahy first pointed out to former chief of Capitol police Steven Sund – who had claimed that D.C. Police lacked the resources to prevent the riot – that he drafted a critical intelligence report showing that leftist groups like Antifa had been planning for months to riot at the Capitol.