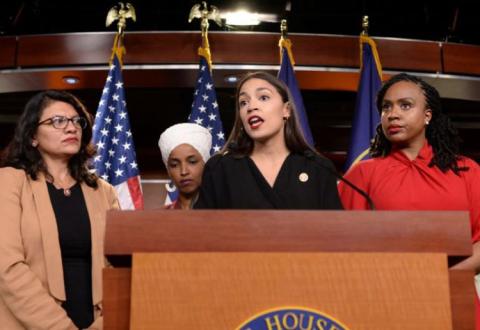 It’s not just Trump supporters outraged by the newly proposed domestic terrorism laws targeting them. None of “the Squad,” including Rep. Alexandra Ocasio-Cortez and other avowed leftists, are tagging along with many of their Democratic colleagues.

The events of January 6, or how the “attack on the Capitol” was covered in the media, stirred up a frenzy among Democrats and their supporters to deploy some retaliation against not only the so-called domestic terrorists of that fateful day but also many of their fellow Trump supporters.

President Joe Biden ordered investigations from three intelligence agencies into “domestic violent extremism,” while in Congress, there are moves to establish new offices in the FBI, Department of Homeland Security, and Department of Justice to pursue ill-defined public enemies.

Despite the heightened partisan tensions in recent weeks and months, some progressive Democrats are drawing the line at expanding the police state’s powers over political dissidents.