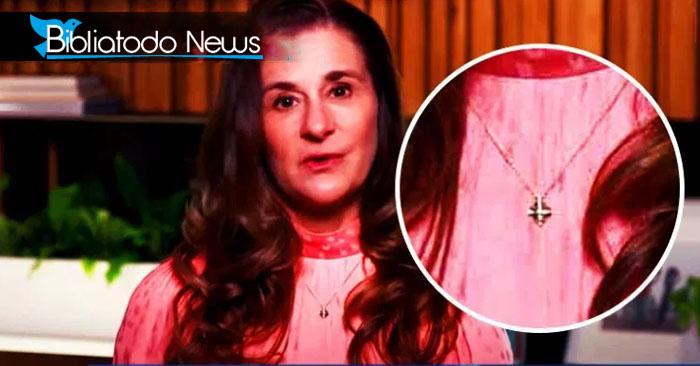 What does Chelsey Clinton, Melinda Gates, and Joe Biden have in common?

Clinton was first called out for publicly wearing her upside-down cross in 2008. She said it was a ‘St. Peter’s cross’. Ten years later, her story has changed to the ‘Greek cross’. And in 2018, the Church of Satan tweetingly denied any affiliation with Chelsey Clinton. (I suppose even Satanists have their pride).

Gates was caught wearing her inverted cross on camera in 2020. No comment from Melinda. She didn’t even try to justify it.

And yesterday Joe Biden was sworn in as the new President of the USSA on his 127-year-old family Bible adorned with upside-down crosses. With the ole’ trustworthy Church of Satan weighing in on Twitter with the wit and charm one would expect from an organization publicly allowed to advertise their religion and sign-up members: “We’d prefer for the US to continue to have no official national religion.”