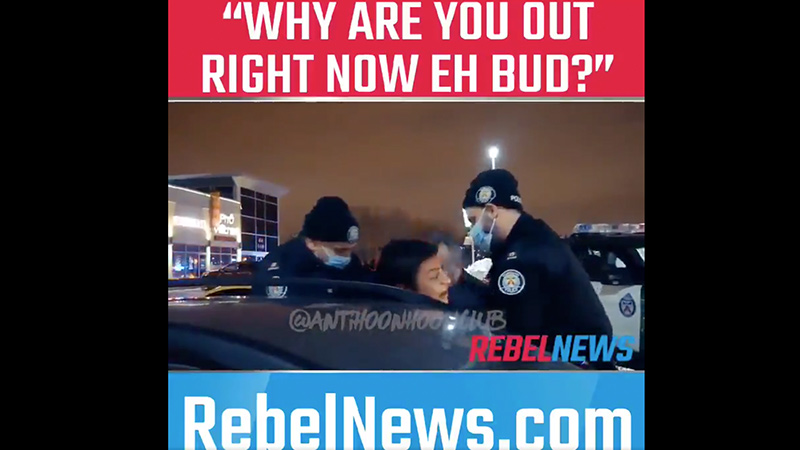 Footage out of Scarborough, Ontario shows police arresting a man for being out past the COVID curfew and telling a cop, “Go f**k yourself.”

Posted to Rebel News‘ Twitter page Monday night, the video captures an officer admitting he detained the man because he cursed at him.

The cameraman noted that telling a cop to “f**k” themselves is not illegal.

“Then he punched me in the face,” the man being arrested claimed.

A Scarborough, Ontario man was placed in handcuffs after allegedly swearing at Police who asked for his ID.