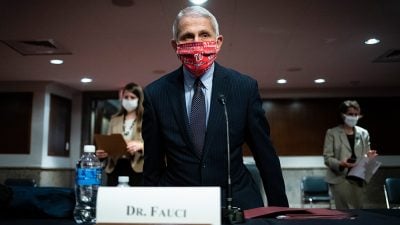 Bill Gates is actively financing and promoting new untested vaccines supposed to keep us at least somewhat safe from a ‘ghastly” death from the novel coronavirus and supposedly allow us to resume somewhat “normal” lives. The Pharma giant Pfizer has now announced what they claim were spectacular results in initial human tests. They use an experimental technology known as gene editing, specifically mRNA gene-editing, something never before used in vaccines. Before we rush to get jabbed in hopes of some immunity, we should know more about the radical experimental technology and its lack of precision.

The financial world went ballistic on November 9 when the pharma giant Pfizer and its German partner, BioNTech, announced in a company press release that it had developed a vaccine for Covid19 that was “90%” effective.

The controversial US head of NIAID, Tony Fauci (right) rushed to greet the news and the EU announced it had purchased 300 million doses of the costly new vaccine. If you believe financial markets, the pandemic is all but past history.