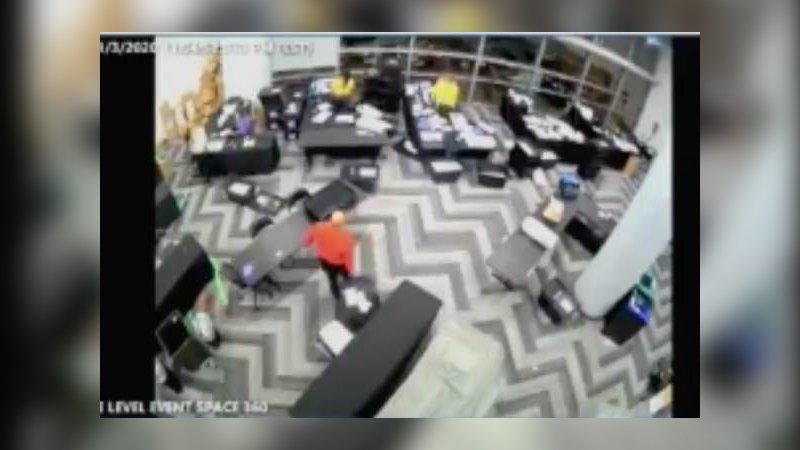 Shocking security cam footage shows Georgia poll workers bringing out hidden boxes of ballots and counting them after they had kicked out poll watchers due to a “water leak.”

According to Trump’s legal team, poll workers were told to leave the area around 10:25PM due to a “water leak” which was later proven to be overblown.

And, according to the footage, a handful of poll workers remained to pull out ballots hidden from public view and proceeded to count them: