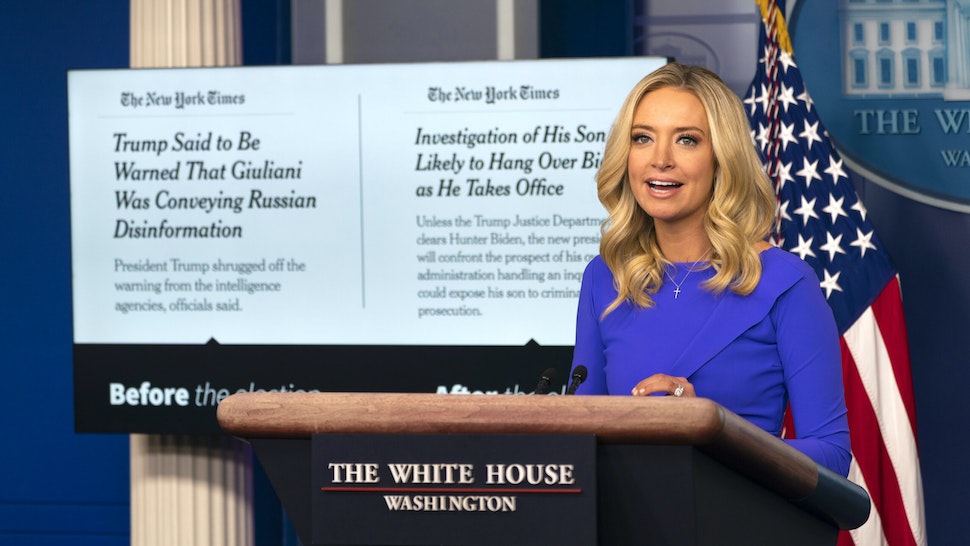 White House Press Secretary Kayleigh McEnany slammed the media during a press conference on Tuesday for its lack of coverage over the story involving Rep. Eric Swalwell (D-CA) and an alleged Chinese spy and for how many news organizations changed the way that they covered the Hunter Biden scandal.

“As former White House Press Secretary Ari Fleischer said, bias is often found in stories the press does not cover,” she said. “And last week we found out that Democrat Congressman Eric Swalwell was infiltrated by an alleged Chinese spy. The spy cozied up to Swalwell, raised funds for his 2014 campaign, and even planted an intern in his office. And that relationship continued until the FBI briefed him in 2015, and that was some very good reporting done by Axios.”