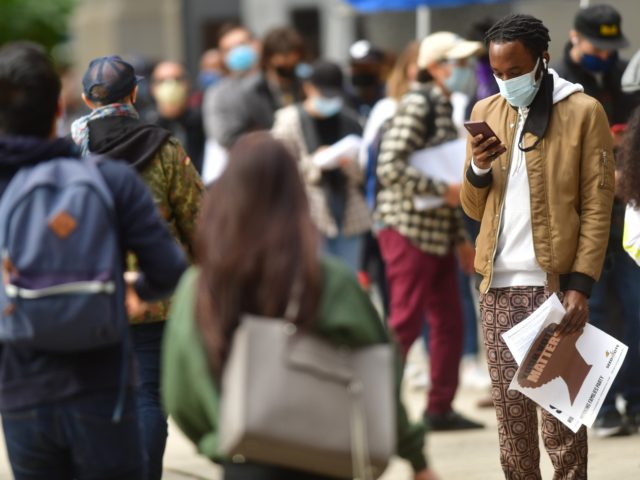 According to Trump 2020 EDO director Mike Roman, Democrat election officials are banning Trump poll watchers all across the city, as one video shows. Another photo on social media shows a physical barrier, which Roman says Democrat officials are using to keep poll watchers far from the counting tables:

[…] There also appear to be instances of illegal campaigning at various polling locations. Roman provided an image of a man in blue purportedly distributing Democrat literature to voters as they stand in line to cast their ballots. Other polling locations appear to have the literature posted outside the facility: