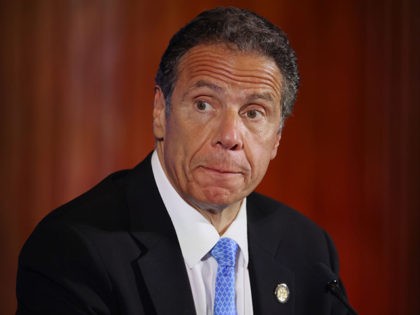 Monday, New York Gov. Andrew Cuomo (D) sounded off on the shot President Donald Trump recently took at him over his distrust of a COVID-19 vaccine from the Trump administration. Trump suggested he would not deliver a vaccine to New York because the governor said he would not distribute the vaccine until he had independently confirmed its safety.

During MSNBC’s “Morning Joe,” Cuomo said Trump bashes him because he is outspoken with his criticism of the president. He added Trump is a “typical bully.”

“Oh, Mika, that’s just Trump talking. He’s going to be gone. I think, frankly, we spend too much time trying to delve into the bizarre world of Trump,” Cuomo told host Mika Brzezinski. “He doesn’t like that I criticize him. He doesn’t like that I stand up to him. He’s a typical bully, and it bothers him.”