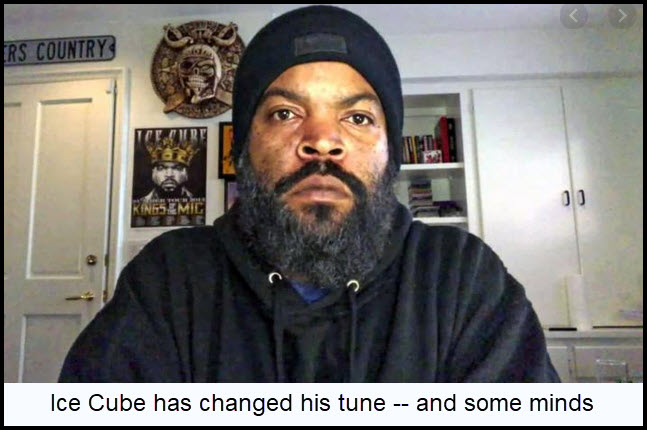 Yet another October surprise! I’m not referring to the rock-solid evidence that surfaced last week linking Sleazy Joe directly to his son’s shady business deals and the huge kickbacks they’ve generated over the years. No, I’m talking about something even more unexpected: It’s becoming cool for African Americans to vote for Trump and to openly support him. Rapper Kanye West started things rolling in April with a full-throated endorsement that caused jaws to drop in the entertainment world. He took a lot of heat for it but stood his ground, contending the Trump had done more for blacks in three short years than the Democrats have accomplished since the Civil Rights Act became law more than 50 years ago. Although Kanye later decided to run or president himself, his pro-Trump message continued to reverberate in the black community. Now it has emboldened some of the rap world’s biggest stars, including Ice Cube and 50 Cent, to openly declare their support for Trump. After checking out Biden’s tax proposal, the latter reportedly was concerned it would reduce him to 20 Cent. His endorsement, along with a few others that have followed, including most recently from Waka Flocka Flame, have helped push the President’s approval rating among African Americans to 46%, up from 25% just a week ago. This is according to the latest Rasmussen survey, and even if these numbers turn out to have been way off, no one doubts that Trump has picked up a significant number of African American votes since 2016.