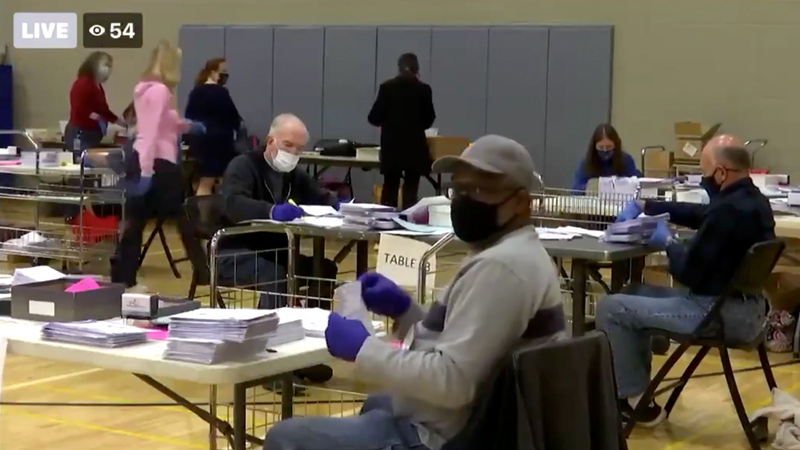 Footage showing a poll worker using a pen to mark a ballot has sparked claims of voter fraud.

In the livestream video, which shows poll workers in Germantown, Maryland, examining ballots, one man opens up a ballot and proceeds to look around suspiciously before appearing to use a pen to mark on the ballot.

The one hour and 51-minute video was streamed live by Yahoo Finance on Facebook.