The Texas Guard said troops would be sent to Houston, Dallas, Fort Worth, Austin and San Antonio 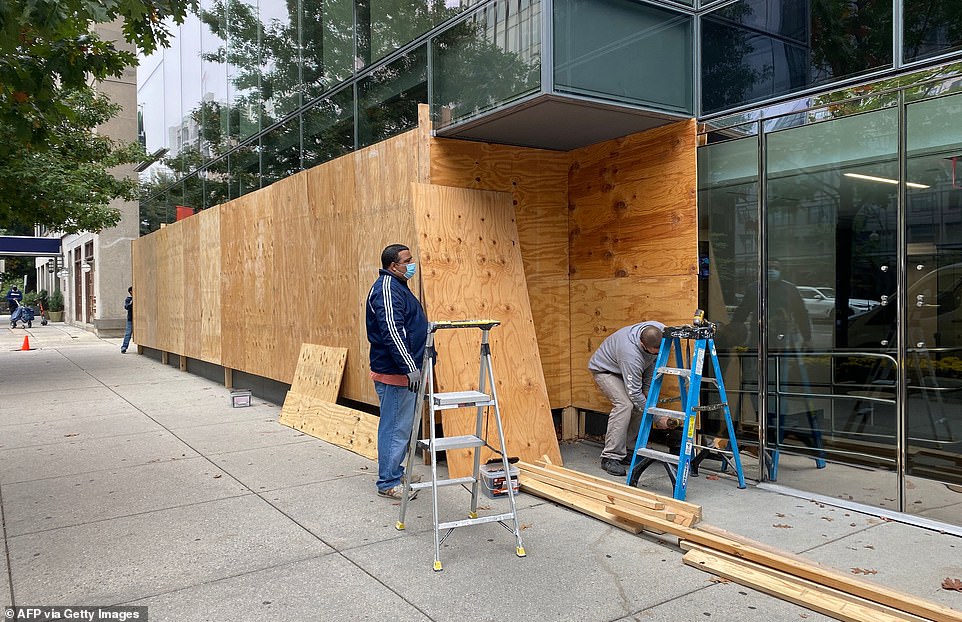 Texas is preparing to send in 1,000 troops to five major cities across the state ‘to deter any civil disturbance’ post-election while stores in Washington DC begin to board up their windows Monday.

Maj. Gen. James K. Brown, of The Texas National Guard, told The Express News the move would offer support to local law enforcement ‘as we did previously to deter any civil disturbance at sites in various cities within Texas’.

In the nation’s capital businesses close to the White House began to board up their windows Monday. Rodeo Drive in Beverly Hills will also board up ahead of November 3. The US will vote on November 3 to choose between Incumbent President Donald Trump and his Democratic Party challenger Joe Biden.