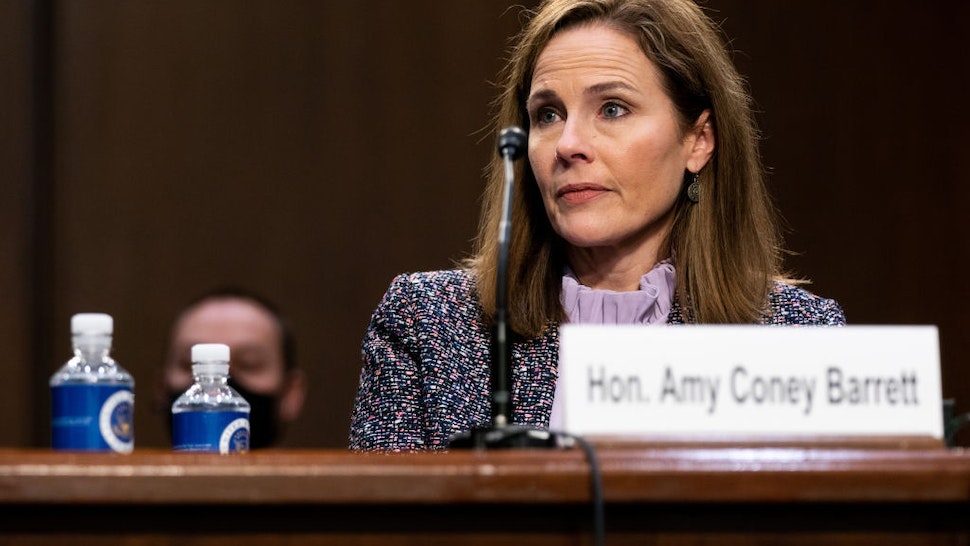 On Wednesday, after Delaware Democrat senator Christopher Coons consistently badgered her about whether she would essentially rubber-stamp the late Justice Antonin Scalia’s opinions, Judge Amy Coney Barrett decided she had had enough, firing back, “I hope that you aren’t suggesting that I don’t have my own mind or that I couldn’t think independently, or that I would just decide, ‘Let me see what Justice Scalia has said about this in the past,’ because I assure you I have my own mind.”

Coons started his attack by stating the predicate: “Judge Barrett, in accepting President Trump’s nomination to the Supreme Court, you stated you shared the judicial philosophy of Justice Scalia, your mentor, the justice for whom you clerked. His philosophy, is, of course, originalism, essentially, the idea that the authoritative meaning of the Constitution is what it meant when ratified, whether that was 150 years ago, 240 years ago, but meant when ratified.”