‘He was in very big trouble,’ Trump said. ‘He probably would have been killed.’ 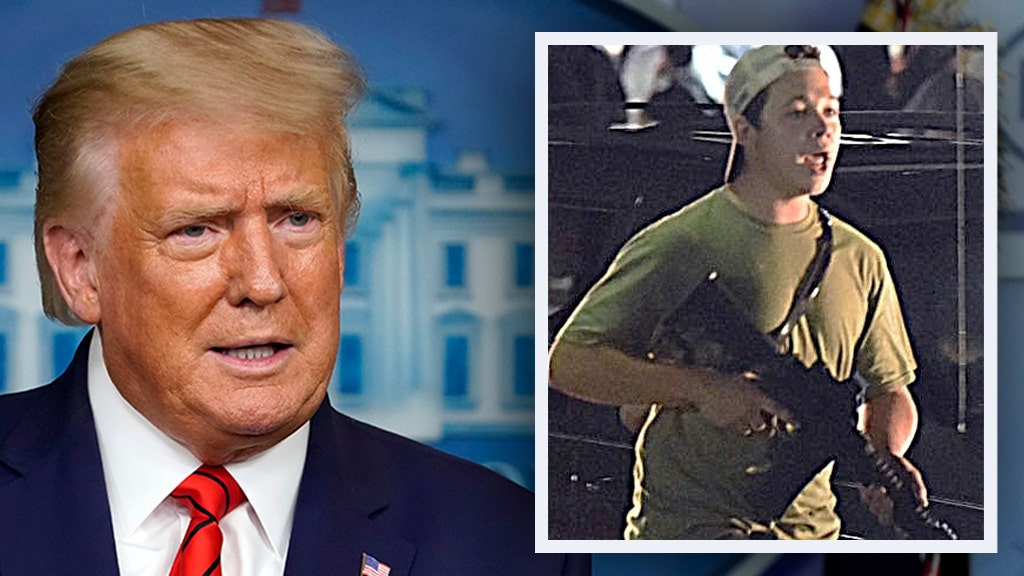 Ahead of his trip to Wisconsin, President Trump embraced the claim that the teenager accused of fatally shooting two protesters and injuring another in Kenosha last week was acting in self-defense – as he tore into Democratic presidential nominee Joe Biden and other Democrats and accused them of stoking “left-wing political violence.”

During a White House press briefing, Trump appeared to support the claim that 17-year-old Kyle Rittenhouse was acting in self-defense. He said the teenager tripped and that “he probably would have been killed” if he hadn’t use used his weapon.

“He was in very big trouble,” Trump said. “He probably would have been killed.”

The defendant’s legal team claim he was acting in self-defense. Social media video shows Rittenhouse, who has been charged with murder, being chased before he fell and fired at his pursuers.