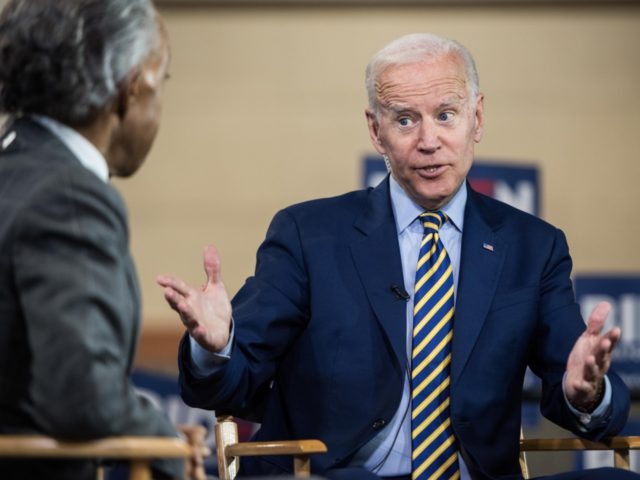 Former Vice President Joe Biden issued a statement Sunday afternoon in which he blamed President Donald Trump for “incitement” that led to the shooting death of an apparent Trump supporter in Portland, Oregon, on Saturday evening.

A man wearing a “Patriot Prayer” hat who reportedly participated in a caravan of Trump supporters through downtown Portland earlier Saturday evening was shot and killed on the street. Left-wing demonstrators later celebrated his killing.

Biden issued a statement condemning violence “whether on the left or the right,” and blaming Trump for “incitement”: