‘We lose billions, hundreds of billions of dollars. We get nothing from China’ 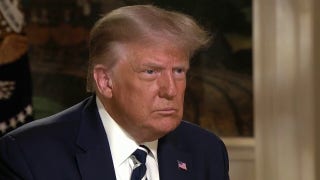 President Trump told Fox News’ Steve Hilton on Sunday that he would be open to completely decoupling the U.S. economy from China, before warning: “If Biden is elected, China will own our country.”

“I don’t want to set the world on fire right now,” Trump said during an exclusive interview on “The Next Revolution.”

But “There has been no country that has ripped us off more than China…,” he continued. “We lose billions, hundreds of billions of dollars. We get nothing from China. Yes, we get some goods that we could produce ourselves….[but] we get nothing. All we do is lose money.”