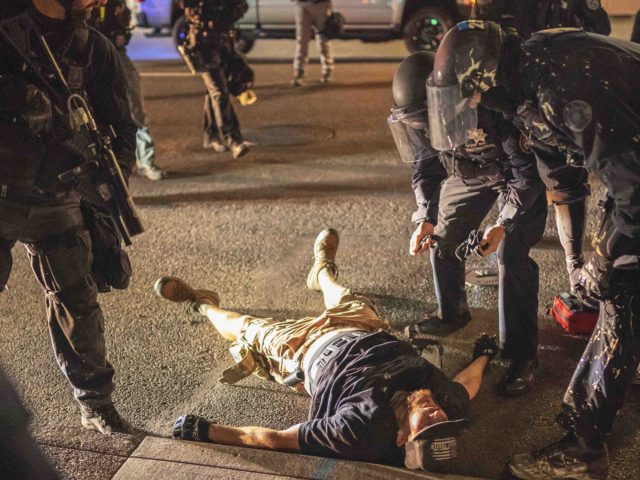 The New York Times reported Saturday night that the victim of a deadly shooting in downtown Portland, Oregon, earlier that evening was wearing a hat associated with “Patriot Prayer,” a right-wing group.

According to journalist Andy Ngô, far-left commenters on social media had initially claimed that the victim was black and that the shooter had been a “fascist.” Though the identity and affiliation of the shooter remain unknown, the victim appears to be a white male.