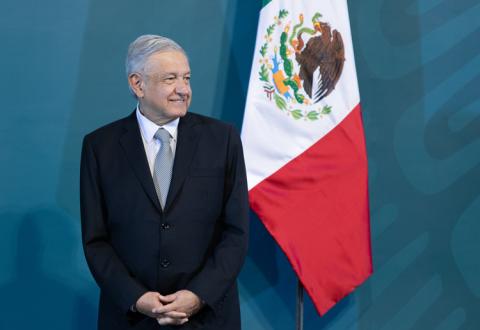 When one hears about a regime that’s engaging in a surprising amount of fiscal restraint, one does not usually think “Mexico.” Yet in recent years, Mexico’s leftist leader Andrés Manuel López Obrador has become, in the words of one Latin American publication, “a fiscal hawk.” Even as calls for greater spending have increased during the economic stagnation and as destruction of the covid-19 crisis has grown, López Obrador has continuously avoided advocating for increased spending.

If you believe the official numbers, Mexico is now the third-worst-hit country from covid-19 in terms of total deaths. The economic devastation that has already occurred is nothing short of disaster. After initially resisting the calls for a lockdown, the Mexican government implemented large-scale restriction in April. The combination of this shutdown, the fact that Mexico’s GDP was already on the decline, and the decline of demand for Mexican goods in the US threatens to plunge an estimated 10 million Mexicans into extreme poverty.