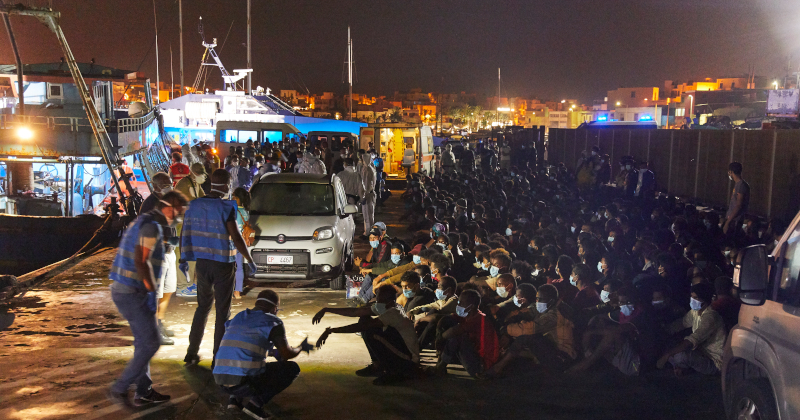 Residents of Lampedusa are protesting against migrants arriving on their overwhelmed island after the Italian government facilitated the entry of 870 more in a single weekend, according to reports.

A total of approximately 870 illegal migrants who departed from North Africa were brought ashore on Friday and Saturday under the supervision of Italian authorities and armed forces.

Nearly 370 were intercepted aboard a fishing boat about four miles from land and then “disembarked in small groups to adhere to the mitigating measures related to the pandemic,” Television Malta reports.

Between Friday and Saturday, another 500 migrants arrived in more than 30 vessels of varying sizes, according to AFP.