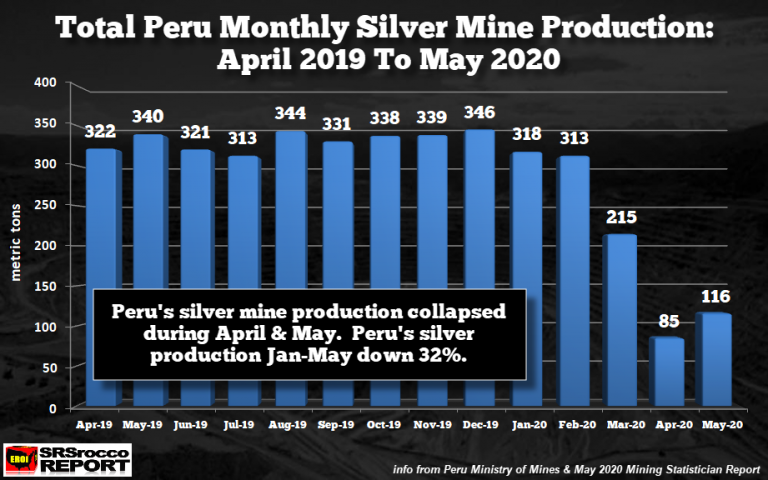 The world’s second-largest silver producer saw its mine supply fall by one-third due to lockdowns stemming from the global contagion. When the Peru Ministry of Mines released its metals production figures last month for April, the country’s domestic silver mine supply fell by a stunning 74%.

Then on July 3rd, Peru released its production figures for May. While the decline in Peru’s silver mine supply in May wasn’t as bad as April, it was still down 66% versus the same month last year. Peru’s silver production fell to 85 metric tons (mt) in April and 116 mt in May: