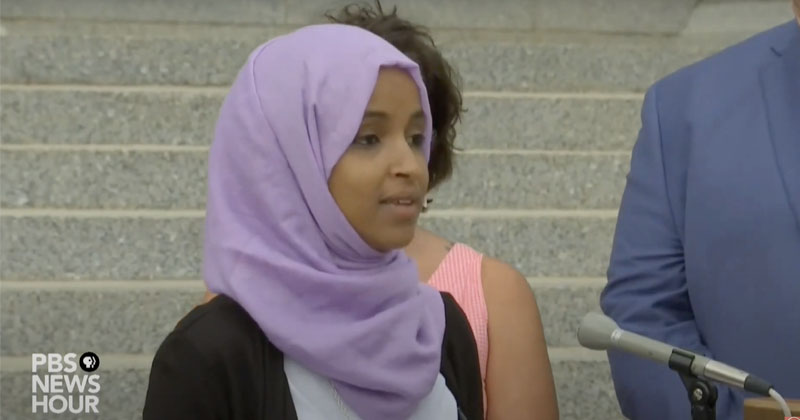 In a speech given with other radical Minnesota leaders on Tuesday, Omar argued that America’s economic and political institutions are inherently racist and must be overthrown.

“As long as our economy and political systems prioritize profit without considering who is profiting, who is being shut out, we will perpetuate this inequality,” Omar said.