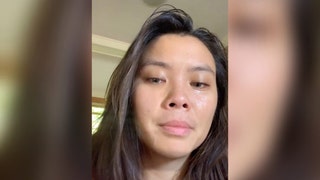 She’s a Harvard graduate, but a Connecticut woman apparently learned this week that words and actions can have consequences.

In a new video Wednesday, teary-eyed Claira Janover claims she lost a job with the Deloitte accounting firm after saying in a previous video – that went viral – that she would “stab” anyone who told her “all lives matter.”

“Standing up for Black Lives Matter put me in a place online to be seen by millions of people,” Janover says in the new video. As a result, “the job that I’d worked really hard to get and meant a lot to me has called me and fired me because of everything.”

Janover also says supporters of President Trump shared in the blame for her losing the gig.