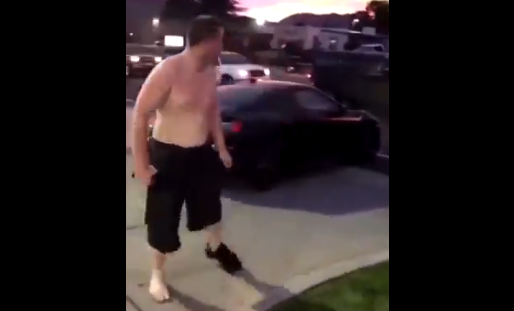 A group of Antifa ‘protesters’ were met with instant justice at the hands of angry residents in the suburban town of Yucaipa, California, located approximately 10 miles East of San Bernardino.

In a video posted to Twitter Tuesday afternoon, a large scuffle can be seen breaking out at an ARCO gas station while a man narrates:

“It ain’t goin’ good at all. They just beat the ever-loving snot out of three or four guys, and it’s goin’ again. God damn, the antifa guys are not doing well here – they’re all getting the shit kicked out of them.”

One of the protesters can be heard shouting “Justice for Floyd” – right before the man filming says “Uh, it’s goin’ bad. The antifa guys are being chased like crazy. Told you Yucaipa ain’t the place to be.”