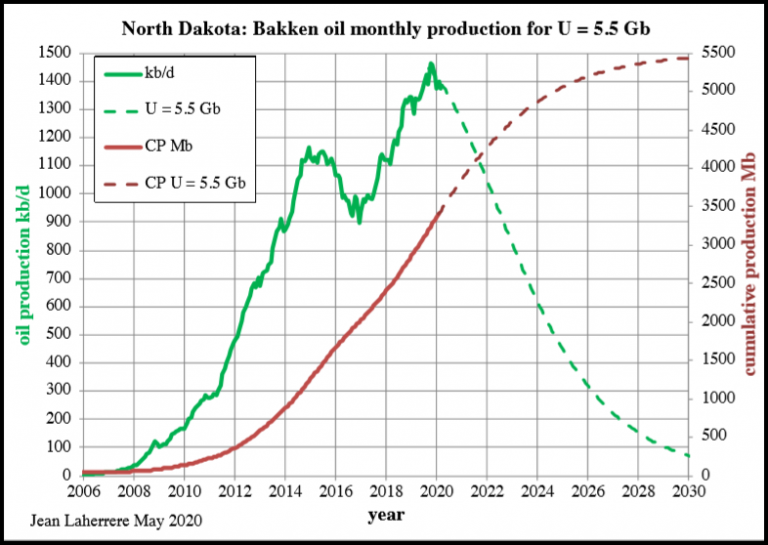 What goes up, must come down. And, this is most certainly true for the mighty North Dakota Bakken… the second-largest shale oil-producing region in the United States. Even after the global contagion fades away, the North Dakota Bakken has likely reached peak production.

According to a new chart by Jean Laherrere, from his recent work titled, Negative WTI on 20 April 2020: an accident or a trend?, the estimated oil production decline at the North Dakota Bakken will destroy the notion of U.S. Energy Independence, once and for all. Here is Laherrere’s chart showing the ultimate recovery of 5.5 billion barrels from the North Dakota Bakken, and what that would like on the downside of the decline slope: