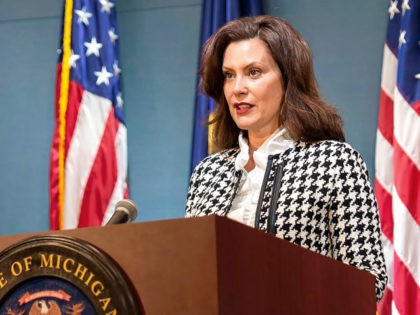 Michigan Gov. Gretchen Whitmer indicated during an interview with The Root on Tuesday that black protesters would be killed by Michigan State Police if they attempted to “storm” the capitol building

Reporter Terrell Jermaine Starr brought up the “mostly white” armed protesters who entered the state capitol as legislators were recently debating whether to extend Whitmer’s state of emergency order.

“It is lawful to bring a gun into the capitol,” Whitmer said, adding she doesn’t control the capitol grounds.

The capitol complex is protected by the Michigan State Police, which also provides her security.