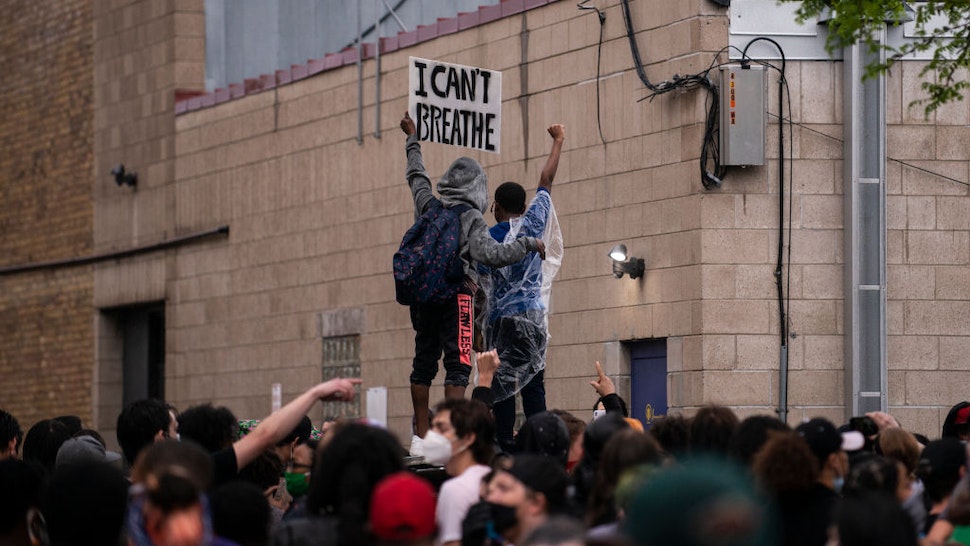 Protests continued to erupt in Minneapolis and across the nation on Wednesday in response to the death of George Floyd, a black male who died after an officer kneeled on his neck during his arrest, a viral video shows.

All four officers involved in the arrest have been fired and the FBI and state law enforcement officials are conducting an investigation into the 46-year-old’s death.

“While the protest at 38th Street and Chicago Avenue has been a peaceful and mournful scene, WCCO’s Jeff Wagner witnessed dozens of people looting the Target store near the 3rd Precinct, beginning just before 7 p.m. There are also reports of other neighboring businesses being looted,” reported a CBS affiliate.