Despite economic ruin in their native country, Venezuelans have no reason to stay in increasingly locked-down Colombia. 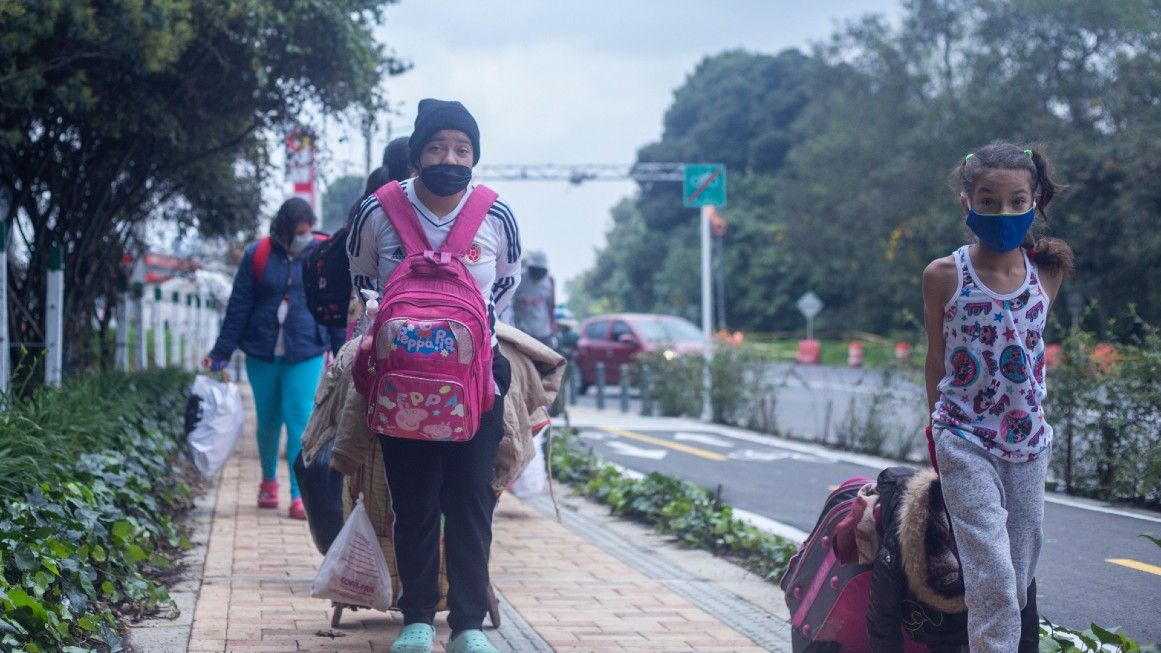 BOGOTA, COLOMBIA—In the midst of a pandemic, hitchhiking isn’t a very good way to preserve social distancing and stop the spread of a killer virus. Yet thousands of Venezuelans are now trying to hitch rides along Colombia’s roads and highways.

The situation isn’t new. For years, I have seen groups of young Venezuelans—often entire families carrying infants and heavy luggage—trekking on foot on the highway that leads from Tunja, a city some 95 miles northeast of Bogota’s colonial city center, to the Colombian capital.

The striking scenes regularly include makeshift, roadside camps for nighttime shelter from the Andean cold and collective washing sessions at gas station bathrooms. Venezuela’s so-called “21st century socialists” created a 21st century Völkerwanderung, a mass migration movement comparable in scale to the large waves of people that rolled across Europe and the Mediterranean between the 4th and 6th centuries A.D., during the Western Roman Empire’s decline and fall.