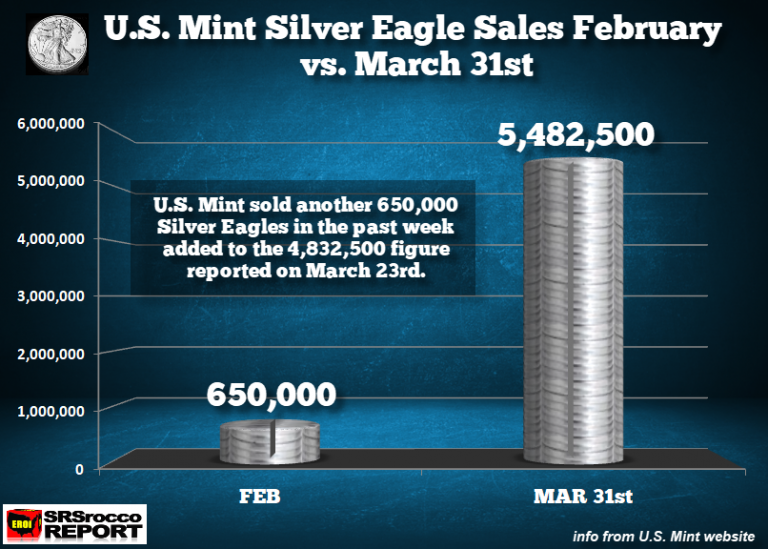 With the U.S. Mint now temporarily suspended, it will become even more difficult to acquire Silver Eagles. According to James Anderson at SilverDoctors, the U.S. Mint shut down its West Point Facility due to an officer testing positive for the virus. The U.S. Mint West Point facility will remain closed for two weeks until further notice.