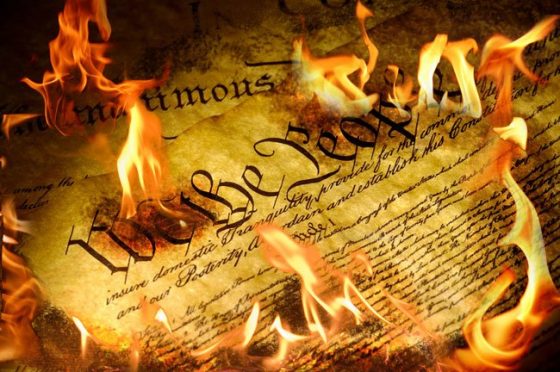 Politicians have started to admit that they don’t take basic human rights into account when barking commands they expect people to follow. If this isn’t more evidence that we should nullify their commands by going about our business and ignoring their insistence on tyranny, then I don’t what is.

Politicians are stopping at nothing to force authoritarian controls over the masses. New Jersey governor admitted to Tucker Carlson that he did not take basic human rights into account when proving himself a tyrant. On Wednesday’s broadcast of the Fox News Channel’s “Tucker Carlson Tonight,” New Jersey Governor Phil Murphy (D) stated that he “wasn’t thinking of the Bill of Rights” when he implemented his state’s stay-at-home order, but that he did consult with legal counsel, according to a report by Breitbart.