[Ed. Note: This article is more than seven years old. In the video posted below, James O’Keefe says — at the 8:16 mark — that “Project Veritas has never settled a lawsuit.” You’re welcome to believe that if you want to. Juan Carlos Vera’s $100,000 bank account says otherwise.]

by Tom McCarthy
The Guardian 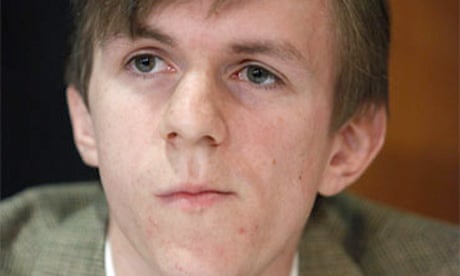 Self-styled “entrapment journalist” James O’Keefe has agreed to pay $100,000 to settle a lawsuit with a former employee of a social welfare agency who accused O’Keefe of misrepresenting him in a widely distributed video.

Juan Carlos Vera, who worked for the now-defunct Association of Community Organizations for Reform Now (Acorn), filed a federal lawsuit two years ago accusing O’Keefe of portraying him in a false light and filming him without his knowledge.

Vera sued over a video O’Keefe secretly shot of him inside the National City, California, offices of Acorn. In the video Vera appears to give O’Keefe and an accomplice, Hannah Giles, advice on setting up a prostitution ring.