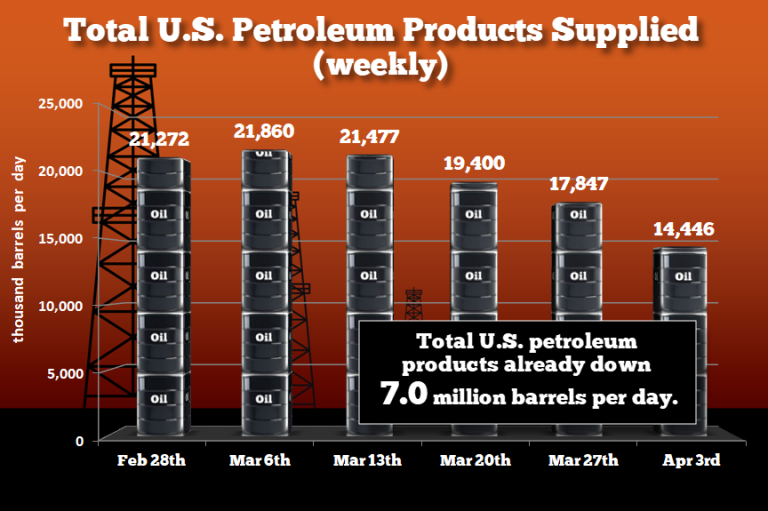 The U.S. is only in the FIRST STAGE of the country’s oil demand destruction. Since the nationwide shutdown announced by the U.S. Government in mid-March, domestic oil demand has fallen more than 7 million barrels per day. In just the past three weeks, the total U.S. petroleum products supplied to the market fell by 33%.

However, I don’t believe we have seen the low yet in U.S. total oil demand. According to the EIA – U.S. Energy Information Agency, total petroleum products supplied to the market on April 3rd were 14.4 million barrels per day (mbd) compared to 21.5 mbd for March 13th.