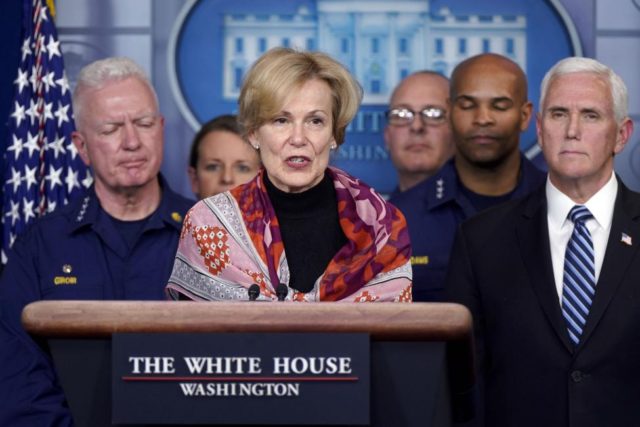 Dr. Deborah Birx on Tuesday said that medical experts failed to understand the seriousness of the coronavirus because of incomplete data coming out of China.

“I think the medical community interpreted the Chinese data as that this was serious but smaller than anyone expected,” she said. “Because I think probably we were missing a significant amount of the data.”

Birx spoke about the experts’ relationship with the data during a White House press briefing on Tuesday evening.

She acknowledged frankly that when she saw early data from China reporting only 50,000 cases of the virus among the 20 million people in Wuhan, China, and the 80 million in Hubei province, she felt that the threat was similar to that of SARS, which had 8,098 cases globally and 774 deaths.