The woman performs various acts of despair for the cameras, which take photos from multiple angles 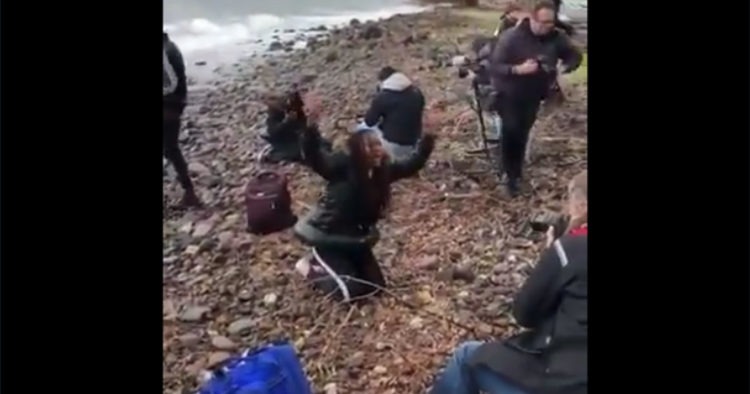 National File has previously reported on the migrant crisis on the Greek-Turkish and the resulting flare in tensions between locals and far-left western journalists.

More video footage that reportedly was taken in Greece appeared this week that shows photographers coaxing a migrant woman into various poses of agitation on a shoreline to engender sympathy in Western media.

In the nine-second video clip, a lone migrant woman in the foreground and another migrant in the background are coaxed by photographers into various poses of despondency and shrill cries of anguish, while the photographers circle and take photos in a scene reminiscent of a magazine cover photoshoot.

The female migrant holds her hands to her head and rocks back and forth, screaming, while the camera crew calmly finds the best angles.