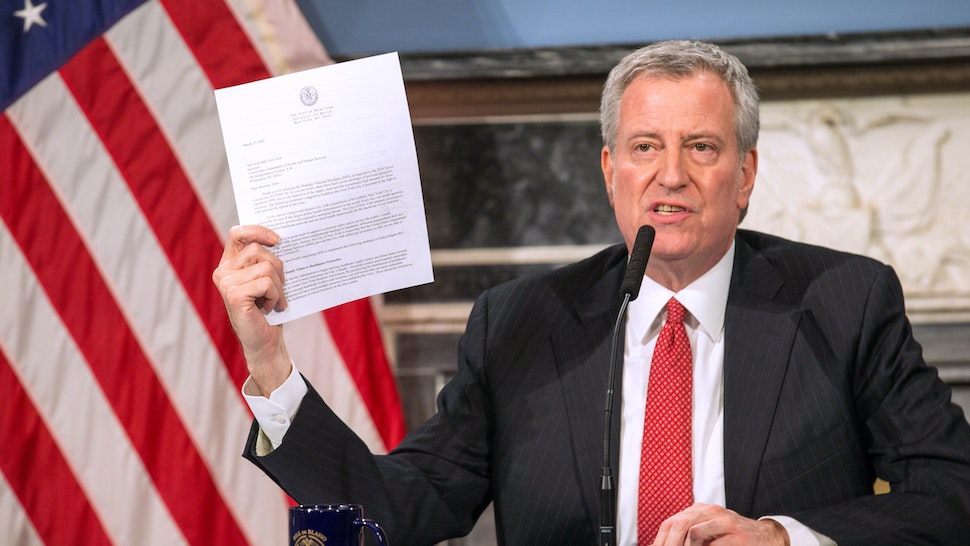 Over the weekend, New York Mayor Bill de Blasio warned that “synagogues” and “churches” that disobey his order to remain shut down may be closed permanently as punishment. One can’t help but notice that the good mayor conspicuously omitted one type of worship facility from this dire warning. But whether mosques are exempt or not, the bigger issue is that Bill de Blasio certainly does not have the authority to permanently close places of worship as a punitive measure for defying his commands. He has the word “mayor” in front of his name, not “sultan” or “king” or “supreme leader.” And the First Amendment still exists, even if he’d prefer to pretend otherwise.

But this is just one example of government officials seizing power that does not belong to them. And it’s not only happening in the United States. Over in the UK, police are setting up checkpoints to questions drivers about where they’re going and why. Those deemed to be engaged in “non-essential” travel will be fined. Some UK police departments have gone so far as to deploy drones to track and follow non-essential joggers, hikers, and dog walkers.