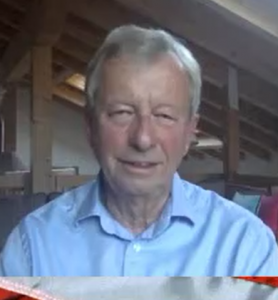 Financial and precious metals expert Egon von Greyerz (EvG) operates the largest private gold vault in the world in Switzerland. More than a year and a half ago, EvG warned here on USAWatchdog.com that “risk is exponential and unmeasurable” because of the estimated two quadrillion of derivatives and debt in the global financial system. He also warned that “at some point, all hell will break loose.” Looks like hell has indeed broken loose because of the China virus, and now EvG contends, “The system is bankrupt. . . . The system is broken and bankrupt. This did not start now with the Coronavirus. It didn’t start in August and September (of 2019) when central banks said we would do everything we can with the Fed QE, repos and the ECB (European Central Bank) QE. . . . This started a long time ago. The system was broken at the beginning of this century. The 2007-2009 crisis was the first signal that the financial system was not functioning. They threw $25 trillion at it in financing and guarantees, etc., but I always said 2007-2009 was a rehearsal. We are now approaching, sadly, the real thing. This is the end of a two to three hundred year cycle. So, we are going to see some extremely difficult times. The Corona virus is a horrible catalyst, but that is all it is. It’s not the reason for the problem. The reason for the problem is a broken financial system . . . and now we are starting the final stage of the end of this financial system.”