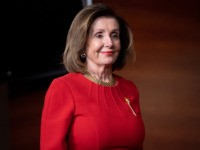 Speaker of the House Nancy Pelosi (D-CA) launched the debate over the impeachment of President Donald Trump on Wednesday by comparing the Democrats’ struggle to remove him from office to the Battle of the Bulge against Nazi Germany in World War II.

Described as “Hitler’s Last Gamble,” the battle began in December 1944, when the Nazis sent 200,000 troops into a surprise attack against American forces. Though the Americans prevailed, 100,000 were killed or wounded over two months of fighting.

Pelosi drew an analogy between the impeachment debate and that battle, the largest ever fought by the U.S. Army: