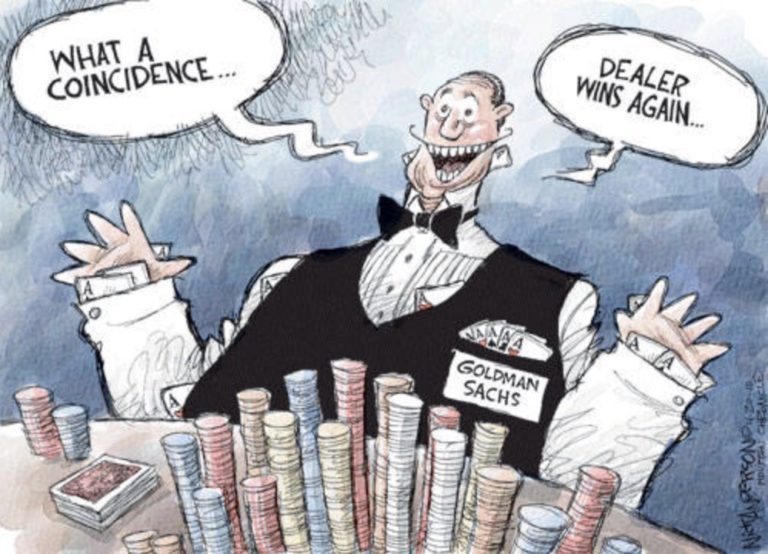 The United States has historically bragged about its free and transparent markets. But what the Fed is doing today is pulling a dark curtain around the financing of this so-called free and transparent market. The public has no idea which Wall Street firms have received this $3 trillion or why they can’t borrow it elsewhere. This kind of obfuscation by the Federal Reserve could actually stimulate distrust in the U.S. banking system. The Fed admitted as much in its most recent Federal Open Market Committee (FOMC) minutes, writing that participation in the Fed’s loan program “could become stigmatized.” – Wall Street on Parade: Is the Fed’s $3 Trillion in Loans to Trading Houses on Wall Street Legal?

The business model of Wall Street is fraud. – Bernie Sanders

Financial services as currently structured is the most pernicious, predatory and corrupt industry on earth. Moreover, it’s the deliberately complex and opaque nature of the industry which then limits public debate when some problem arises and governments and central banks are called upon to take emergency measures to “save the system,” which is just a euphemism for enormous sums of corporate welfare being funneled to people and institutions who couldn’t survive otherwise.