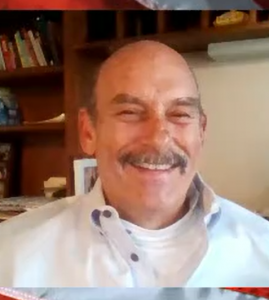 Financial writer Bill Holter says revelations this week from the DOJ Inspector General about the FBI spying on everything Trump, and the ongoing criminal investigation on the origins of the Trump Russia hoax, are going to be a disaster for the financial markets. Holter explains, “We are financially and socially inside the gates of Hell. If you see big name arrests, and obviously from the previous administration all the way up to the top, you are going to see an awful lot of happy people and an awful lot of freaked out people that could lead to civil war. From a financial standpoint, I don’t see how markets can stand up with the amount of leverage in the system. At this point, they are already having a problem holding that leverage up. Just from the standpoint of foreigners looking at the U.S., foreigners will probably pull their capital hard and fast.”

If you want to see real trouble brewing behind the scenes in the banking world, look no further than the repo market, where banks get funding and liquidity on a nightly basis. Some nights, $100 billion or more is doled out to keep the system from locking up. Unlike the financial meltdown in 2008, hedge funds now make up 20% of the repo funding market. Here at the end of the year, Holter says few institutions have ready cash on hand and have leverage many times over. Holter contends, “Assuming the numbers are real, hedge funds are prone to bank runs. Hedge funds are prone to large liquidations. The banks who have been funding the overnight repo market now seem to fear a run in the hedge fund market. . . .