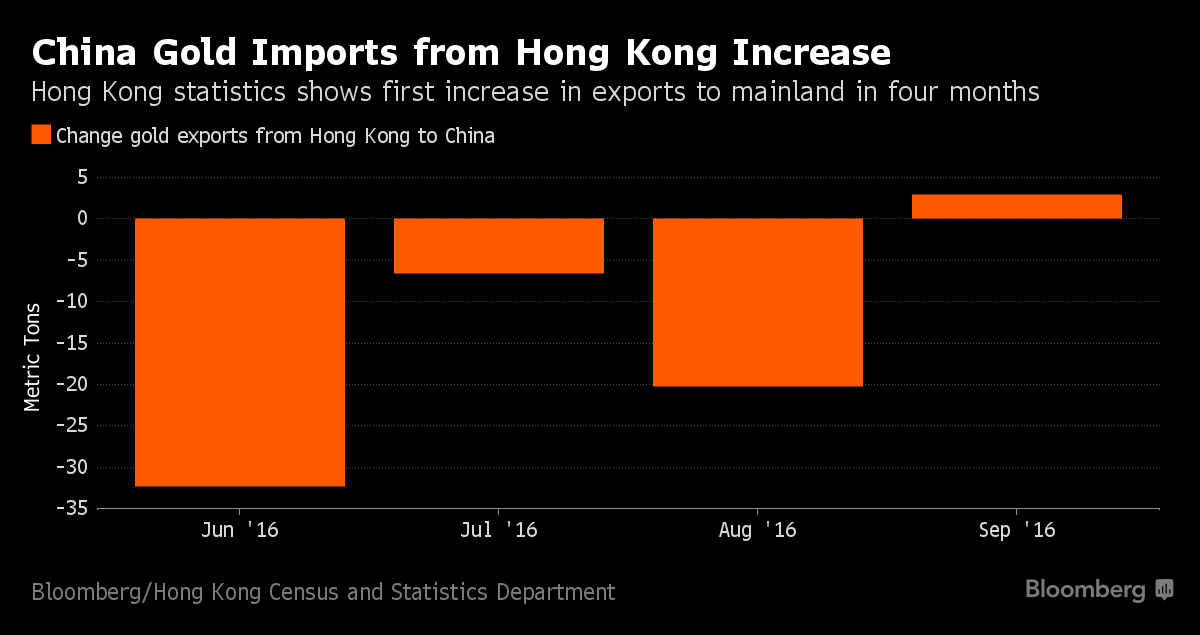 As the yuan retreats, China is taking in more gold. The world’s biggest consumer of the precious metal raised bullion imports from Hong Kong in September for the first time in four months as investors sought to diversify their assets on prospects for further currency weakness.

Net purchases were 44.9 metric tons from 41.9 tons in August, according to data from the Hong Kong Census and Statistics Department compiled by Bloomberg. The mainland bought 64.8 tons compared with 55.2 tons in August, while exports were 19.9 tons from 13.2 tons. Mainland China doesn’t publish the figures.