Billionaire critical of Trump at rally for Hillary Clinton in Omaha 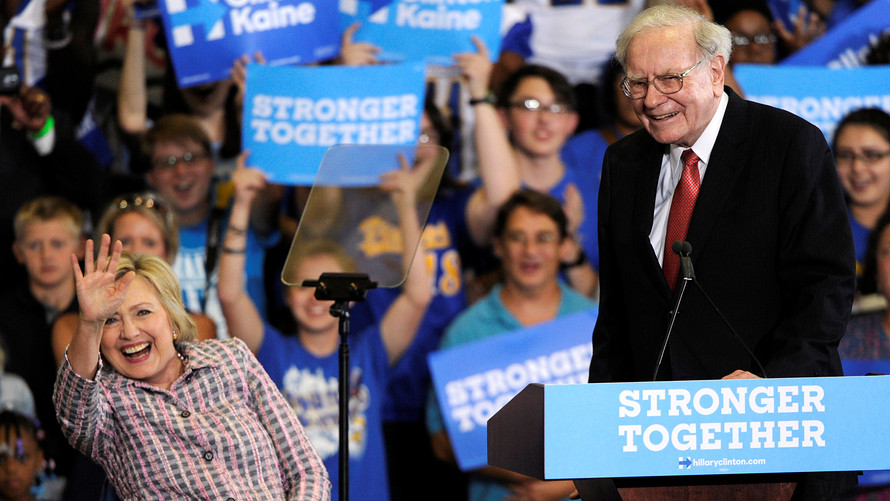 Billionaire Warren Buffett tore into Republican presidential candidate Donald Trump at a campaign rally for Hillary Clinton on Monday, criticizing Trump’s war of words with the family of a Muslim American soldier who was killed in action.

In introducing Clinton in his hometown of Omaha, Nebraska, Buffett took exception to Trump’s claim that he, like the family of Army Capt. Humayun Khan, had made sacrifices. “How in the world can you stand up to a couple of parents who lost a son and talk about sacrificing because you were building a bunch of buildings?” Buffett said. “Trump and his family have sacrificed nothing; building buildings is not sacrifice.”