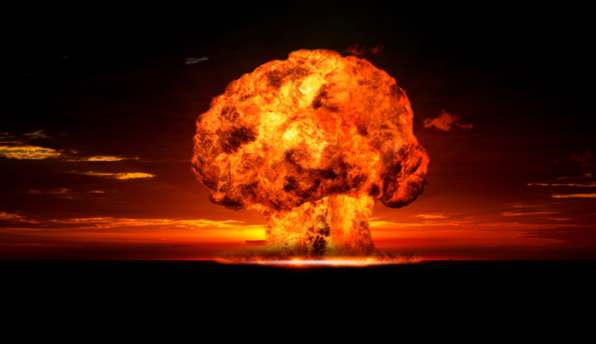 The Homeland Security Department is trying to ramp up wearable devices that can detect nuclear radiation … DHS has made a handful of awards for well-developed prototypes, of wearable products from companies including Leidos and Physical Sciences, Inc., according to a recent FBO posting. Last year, DHS made a broad agency announcement soliciting proposals for so-called Wearable Intelligent Nuclear Detection, or WIND, technology. – NextGov

DHS has been attempting to secure wearable nuclear detection devices and this is the next wave of atomic propaganda. We are supposed to be frightened by the continued miniaturization of nuclear weapons.

Conveniently, one new threat is emerging in North Korea just as the military-industrial complex is seeking a $1 trillion nuclear arms upgrade: