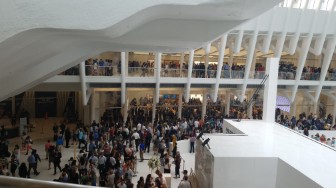 In the first six months of this year, foreign central banks sold a net $192 billion of U.S. Treasury bonds, more than double the pace in the same period last year, when they sold $83 billion.

It’s the largest selloff of U.S. debt since at least 1978, according to Treasury Department data.

“Net selling of U.S. notes and bonds year to date thru June is historic,” says Peter Boockvar, chief market analyst at the Lindsey Group, an investing firm in Virginia.