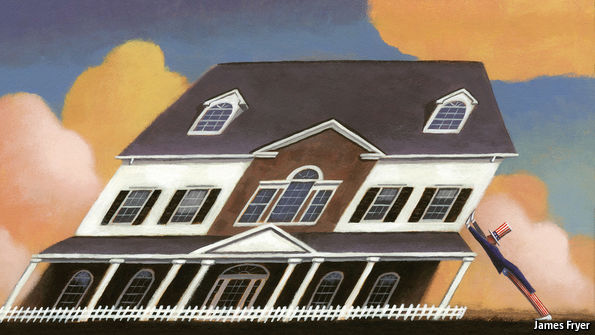 THE most dramatic moment of the global financial crisis of the late 2000s was the collapse of Lehman Brothers on September 15th 2008. The point at which the drama became inevitable, though—the crossroads on the way to Thebes—came two years earlier, in the summer of 2006. That August house prices in America, which had been rising almost without interruption for as long as anyone could remember, began to fall—a fall that went on for 31 months (see chart 1). In early 2007 mortgage defaults spiked and a mounting panic gripped Wall Street. The money markets dried up as banks became too scared to lend to each other. The lenders with the largest losses and smallest capital buffers began to topple. Thebes fell to the plague.